What makes us feel close to others when we cannot or must not be close in physical proximity? Do our hearts have a language? Can that language be made to cross time and space with the assistance of technology, to carry with it the intimacy of experiencing another’s heart? This performance piece examines whether there is a language without words, and even without sound. Something we share, perhaps even between species, deep within us all. An age-old language that we may have forgotten or repressed. Do we remember? Can we learn it again?

Performing Heartists (from the left): Samantha Hookway and Queenning Zhao
Extra tip: Turn up the volume on the video above, place your fingertips on the left and right speakers of your device - feel their pulse...

The Heartists Are Present is a performance piece with two earrings - sisters Hildur and Amanda, equipped with a sensor, a visualization, and haptics that convey the feeling of the wearer's heartbeat "from mine to yours, from yours to mine." It is capable of connecting from a limitless distance via raw internet.
Your heartbeat? A heartfelt greeting? A dialog?

The interactive objects developed for this piece are formed as two earrings, "Hildur" and "Amanda" which connect two wearers wherever they are, Ear-to-Ear, which in Studio Alight’s, Fredrik’s, the background is a play on the concept of Peer-to-Peer (P2P, think Napster, file sharing, BitTorrent, etc) and the philosophy of sharing the same network. Materials are: Microprocessor, pulse sensor - haptic feedback, and visualization techniques. The Internet is the bridge between time and distance, here it was decided to use raw connectivity completely without platforms to avoid Bigtech’s snooping addiction and exploitation.

Conceptually, the piece is about feeling the beats as a presence, the pulse. Hearts that speak a single and universal language for life. Speaking sometimes synced and sometimes not. Occasionally beats are about love but, also, about horror and fear. A language that we can sense in ourselves, elusive to others, but rarely do we take part in someone else's inner dialogue, least of all now. This work explores the potential of opportunities of communicating through unspoken languages. To cross time and space, to feel no boundaries like the oxygen that flows freely over the earth, free from the imaginary boundaries that now distance us physically, but also digitally through the membranes of opinion algorithmic bubbles that enclose us. The choice of earrings, as the given form, comes from a desire to "convey" and "feel", as opposed to "measuring" and "register" which is the more usual function of a pulse sensor. The choice of the ear was also to clearly distance the performance artifact from the activity tracker market of heart rate bracelets and watches, but also the hospital finger clamps, and EKG pads. The earlobe with its thin skin and redness revealed via the flow of blood was a particular area of the body that both metaphorically and physically worked. There is also a high sensitivity, even intimacy, that touch gives us via this part of our body. The piece aims for a feeling that it is close and that one can feel closeness. 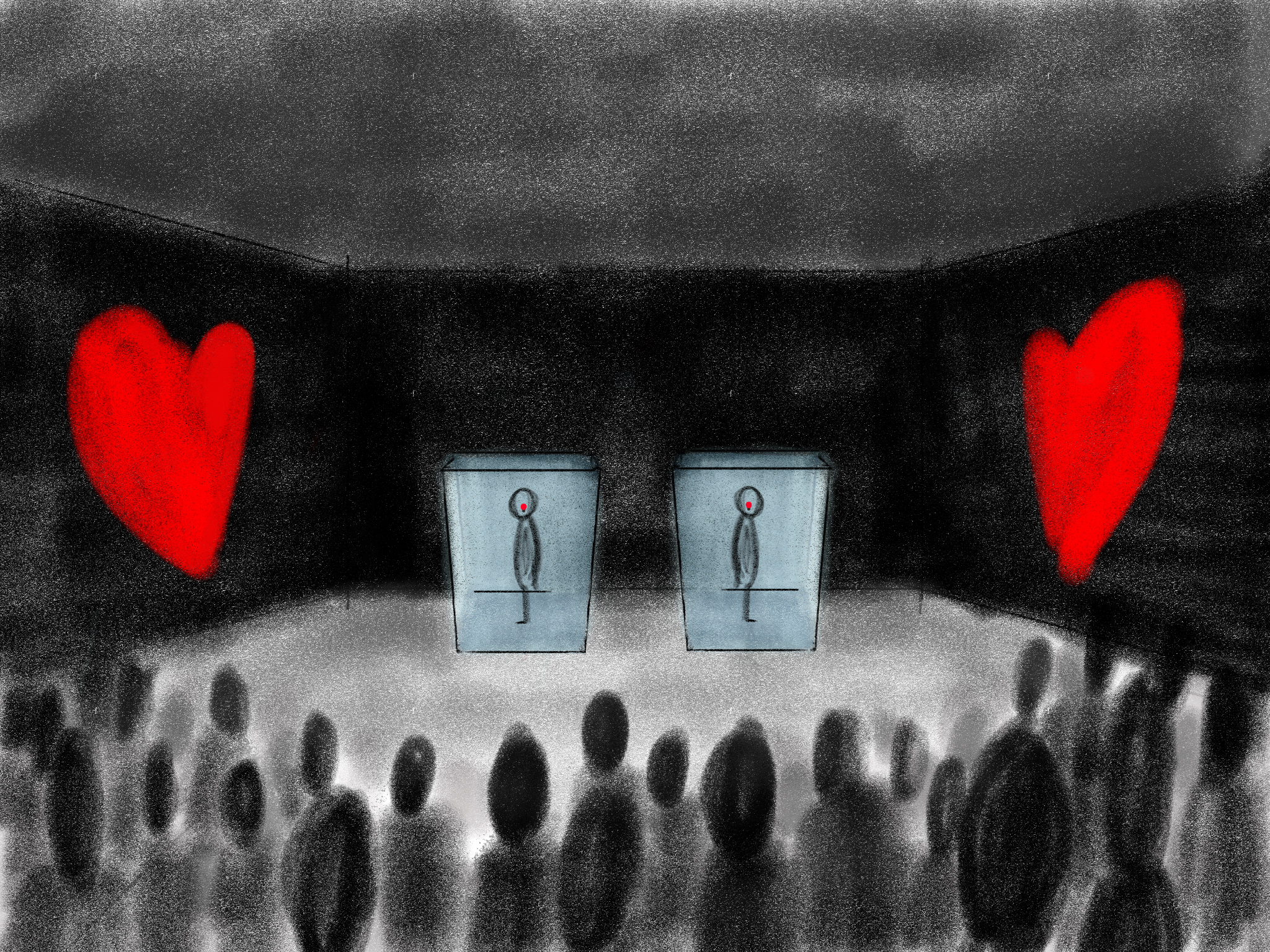 Early sketch of the performance 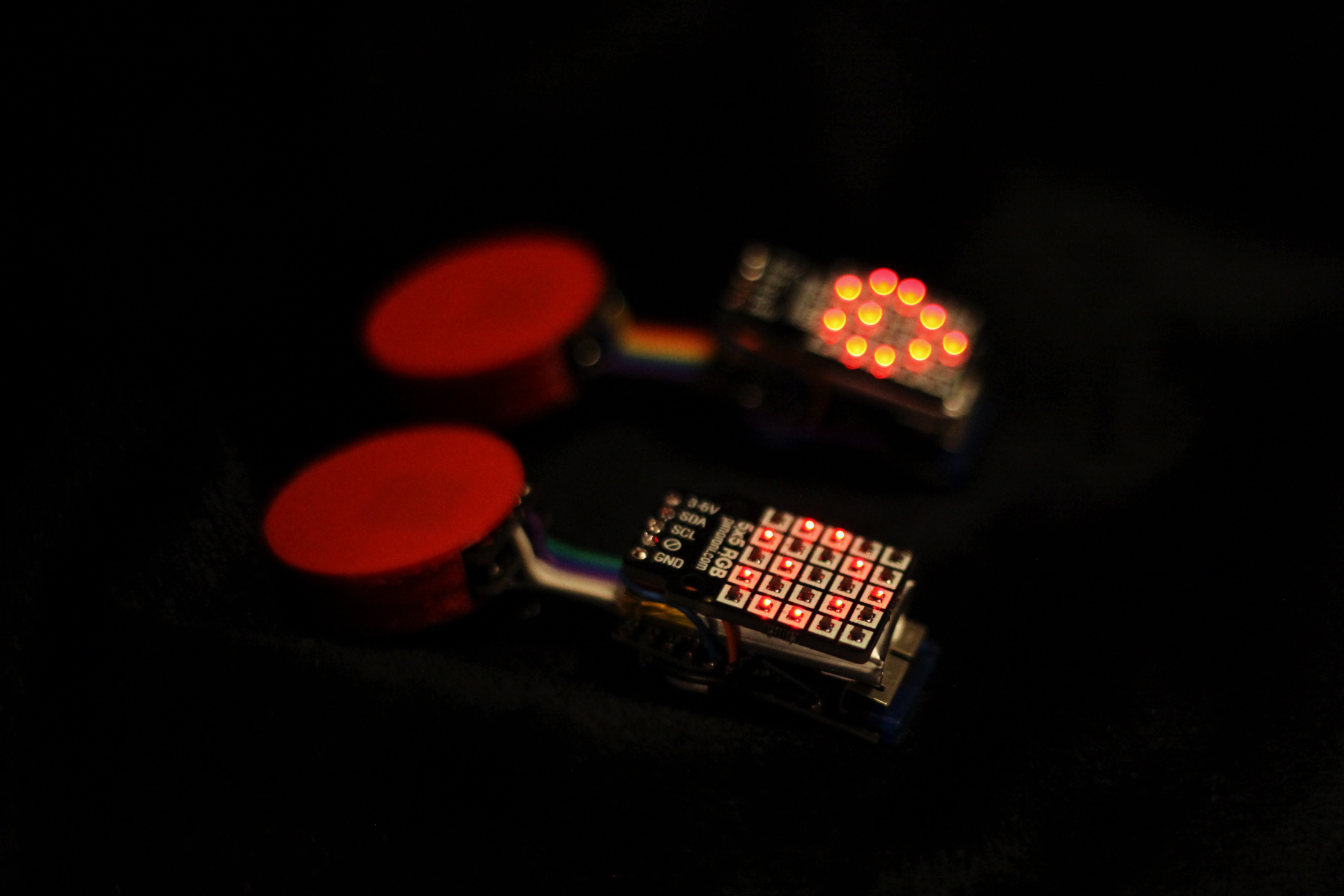 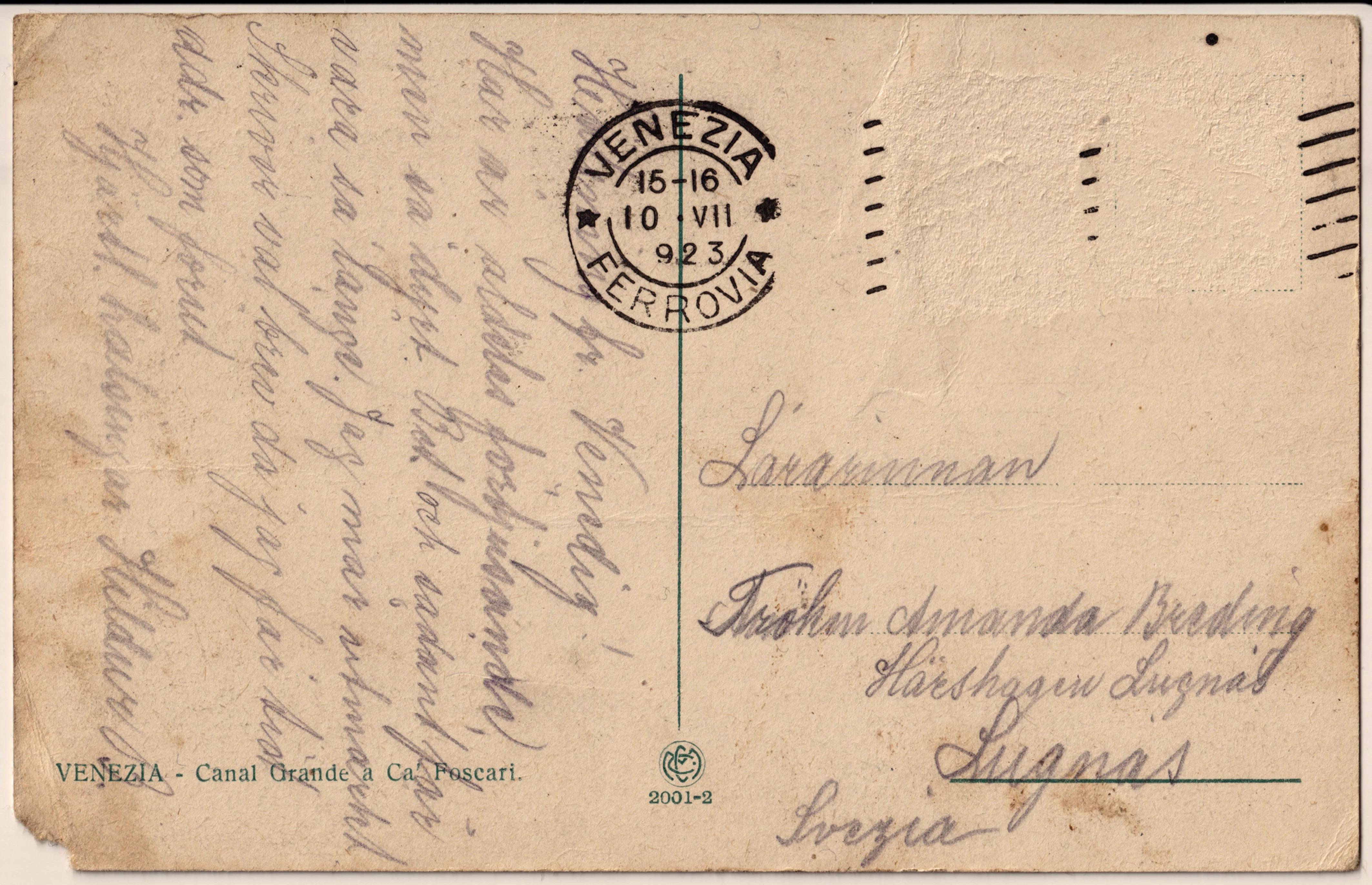 Postcard to Grandma Amanda from her sister Hildur: "With heartfelt sincerity, Hildur B." Venice 10 June 1923 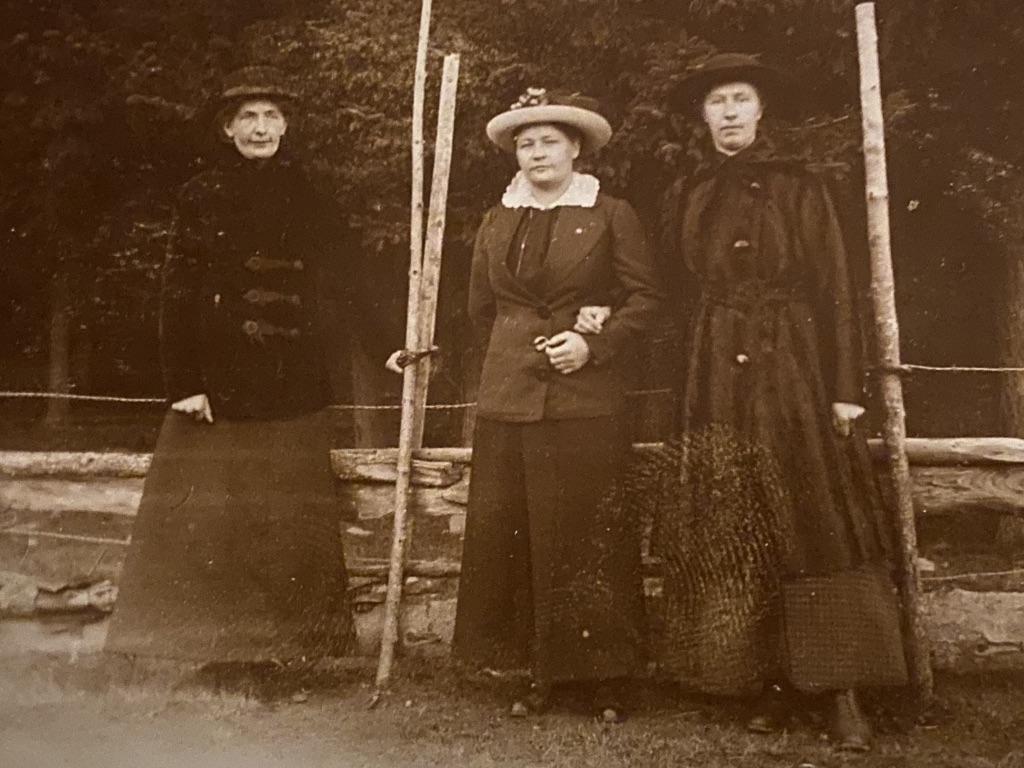 For the sisters Hildur, born in 1881, on the left, and Amanda, born eleven years later, on the right, the post office was certainly as important as today’s digital networks to facilitate the exchange of images and thoughts between us, stamped and made traceable. Through rediscovering the correspondence between Hildur and Amanda, similarities arose between the millions of postal workers, systematically linking the world in a distributed mail delivery network compared to today’s Internet. Hildur and Amanda’s postcards shed light on coinciding fabrics the very fabric of the postal service and the fabric, or the foundation of the Internet, or ARPANET, the Advanced Research Projects Agency's atomic bomb-proof distributed digital packet data network. The post office communication format is, in fact, a predecessor of the routing format, the address labeling, and the basics of the fabric of the Internet. The revolution was speed rather than intention. While the evolution of correspondence, Studio Alight argues is our, utterly human, expansion of infrastructures that universally connect us. Or do they?

In 2022, The Heartist earrings lended itself to an artistic intervention placed within a speculative workshop series and collaborating with Rise with participants from the local region, Västra Götaland. This extension doubled as a new application of the piece yet caring for a new site specificity, was developed and tested in a performance enacted during a series of dental appointments.


The Heartists Are Public - A proposal for public artwork.


This is a follow-up piece to The Heartists Are Present and a reaction to the public messaging used by the City of Gothenburg to protect its citizens during the rath of first of the COVID19 Pandemic. The site specificity of this particular billboard pre-pandemic was used to advertise events and expositions. While the messages changed the billboard continued to attempt to gather the citizens, yet at a safe social distance. The Swedish Health Authority temporarily overtook what usually acted as screens of advertisement for public announcements. While this exploration took this one step further and “hacked” the public service announcement into a space that could be revealed that although isolating ourselves we were in fact well connected. And, particularly, we could connect our pulse.


Digital Exhibition exploration… (like Manipulations - EATSpatial). Filmed reality and digitally manipulated it.. And finally, this piece works as a proposal for public artwork.
The fact that I then chose to also add this visual component came from discussions about being able to "exhibit" something observable, I was actually satisfied with the purely haptic. Then took this to the extreme by "hacking" the Gothenburg big screen display in the Kallebäcksbacken so that it maps to the earrings Hildur and Amanda's measured pulse. The city had replaced the image of a heart into two with a space in between. Not a choice - I felt forced.